911 Dispatcher test
Fibonicci provides a large number of analogy tests. These so called word analogies or verbal analogies are available in lot of different types so on this page we gathered an extensive list of analogy types. Also we included some example analogies with every type mentioned. If you want to train analogies for some kind of test you have to take, we would advice you to print this list and use it as a lead while finishing our practice tests. This will help you to recognize and classify the different types of analogies which in the long run will help you to complete these tests faster and make less mistakes, thus score better. Of course not all types of analogies are included in this list since the possibilities are near endless instead we gathered the most common types.

Get hold of Operational/support verbal reasoning tests just like the ones used by employers with JobTestPrep.

Opposites are exactly as the word suggests, things that are opposite to each other. This is a common analogy type which you will encounter fairly often and since words have only one opposite this this a pretty straightforward type which does not leave much room for discussion. 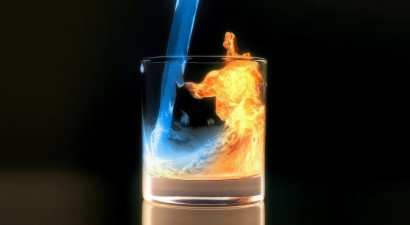 Objects can be given a classification, a group of objects to which they belong. Most objects can even be classified to several different groups as shown in the example in which a knife is classified as kitchenware or as weapon. In analogy test questions both are completely legitimate. This can provide multiple correct solutions to a problem however most analogy tests are multiple-choice so in the answers only one correct classification should be given. Examples: knife & kitchenware, knife & weapon, red & color, pants & clothing, etcetera.

As shown the words mentioned in the example are all related to each other in some way or another. Be careful not to confuse this type of analogy with the “things that go together” analogy type which is described below. The related object in this “object and related object” analogy is an obvious relation however the object are not inseparably intertwined to one another like for example a knife and a fork. The objects in this analogy type have a relation to one another however the correct relation should be determined by looking at the concerning question and answers. Examples: cat & kitten, plant & seed, dog & puppy, etcetera.

These are objects which form a specifically named group when several are put together. A several wolves together form a pack, several trees a forest etc..
Examples: wolf & pack, tree & forest, seagull & flock

Degrees of a Characteristic Analogies

The “degrees of a characteristic” relation in analogies can best be explained by looking at an example. Lets use the warm and hot from below. One degree higher then warm can be hot, another degree higher could be burning. We can also go the other way around like from cold to freezing. This analogy type mostly consists of adjectives but this does not always have to be the case like the flat to skyscraper example depicts. Examples: flat & skyscraper, tired & exhausted, warm & hot, cold & freezing

Cause and Effect Analogies

The similarity in these types of analogies derives from the cause on one side and its indisputably connected effect on the other side. From spinning you’ll be dizzy, from fire you”l get burned etc.. Be careful not to mix this type up with the effort and result analogy which is discussed below, since for the “cause and effect” analogy type you do not have to put in an extra effort to obtain the result. If you spin you’ll get dizzy wether you like it or not, this is a side effect of spinning since you will not likely to spin just to become dizzy. Examples: spin & dizzy, fire & burn, read & learn, etcetera.

The difference between this analogy type and “cause and effect” type, which is explained above, is the fact that for the effort and result connection an actual effort has to be made. If you put your hand in fire it will burn without effort. A painting on the contrary has to be painted and painting is an effort somebody has to perform and it has to be performed in a certain way. Examples: paint & painting, build & house, write & letter.

Some problems have very obvious solutions like for example if you have an itch(problem) you can scratch(solution) to solve that problem. These problems and solutions are gratefully used in word analogy problems. Examples: itch & scratch, unemployment & job application, tired & sleep.

This are exactly as the word says a type of analogy in which two tenses of a verb are analogous to two of the same tenses of another verb. This is a pretty simple and easy reckognizable types. Examples: walk & walked, eat & ate, sent & send, etcetera.

This is again a very straightforward analogy type which is based on taking two sets of performers and their corresponding actions. The relation between a painter and to paint is the same as the relation between a soldier and to fight. Examples: painter & paint, soldier & to fight, scientist & to research.

Object and part of the whole Analogies

Be careful not to confuse this type of analogy with the object and group analogy which is described above. The difference derives from the fact that in the object and part of a whole relation the “object” is not automatically the “whole” when lots of the objects are brought together. For example glass and window match the description of object and part of a whole, but glass could just as easy match light bulb so the glass will only be a light bulb if you process it in certain ways. Examples: brick & wall, glass & window, glass & light bulb, page & book.

Some objects have designated functions which are inseparably connected to the concerning object like for example you use a keyboard for typing and a telephone for calling. These relations ar often used in in analogy test problems. Examples: keyboard & to type, telephone & to call, paintbrush & to paint.

In this relation objects are designated to their most logical location. This is not always strictly defined e.g. a tree can be in the forest but it can just as easily be in the park. You will have to find the correct answer again by carefully analyzing the analogy problem and its possible solutions. Examples: plane & hangar, dog & doghouse, tree & forest.

Things That Go Together Analogies

Some objects like for example salt and pepper are indisputably connected to each other. These “sets” of objects are gratefully used in modern verbal analogies. Examples: salt & pepper, statue & socket, fork & knife.

Rhyme comes in lots of different shapes and is used sometimes in word analogies. Keep in mind that not only the standard perfect rhymes can be used but also other types like syllabic rhyme or half rhyme can be encountered. We are not going to discuss all possible types of rhyme. The rhyme analogy problem provided it is no basic rhyme type can be a very hard analogy to encounter. Examples: deer & steer, red & rod, glasses & mosses.

Get hold of Operational/support verbal reasoning tests just like the ones used by employers with JobTestPrep.