Leonardo Fibonacci was born in Pisa, Italy around 1170. His father Guglielmo was nicknamed Bonaccio which means “good natured” or “simple”). Leonardo’s mother, Alessandra, died when he was nine years old. Leonardo was posthumously given the nickname Fibonacci (derived from filius Bonacci, meaning son of Bonaccio). 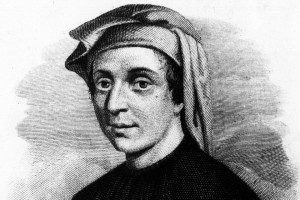 Fibonacci’s farther Guglielmo directed a trading post (by some accounts he was the consultant for Pisa) in Bugia, a port east of Algiers in the Almohad dynasty’s sultanate in North Africa (now Bejaia, Algeria). As a young boy, Leonardo traveled there to help him and this is where he learned about the Hindu-Arabic numeral system.

Leonardo recognized that arithmetic with Hindu-Arabic numerals are simpler and more efficient than with Roman numerals. Later in life, Fibonacci travelled throughout the Mediterranean world to study under the leading Arab mathematicians of the time. Leonardo returned from his travels around 1200.

In 1202, at age 32, he published what he had learned in: Liber Abaci which means “Book of Abacus” or “Book of Calculation”, and thereby introduced Hindu-Arabic numerals to Europe. 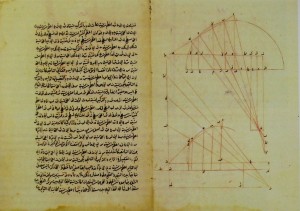 Leonardo became an amicable guest of the Emperor Frederick II, who enjoyed mathematics and science. In 1240 the Republic of Pisa honored Leonardo, referred to as Leonardo Bigollo, by granting him a salary. 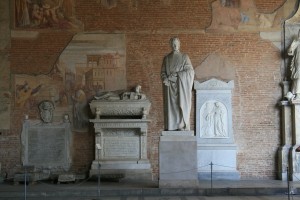 In the 19th century, a statue of Fibonacci was constructed and erected in Pisa. Today it is located in the western gallery of the Camposanto, historical cemetery on the Piazza dei Miracoli. The picture is available courtesy of Holoweb.

Leonardo of Pisa is perhaps best well known for the famous Fibonacci Sequence. This, sequence appears in various “family trees” and spirals patterns of leaves and seeds.