Aptitude tests are part of pre-employment psychometric assessments to determine if you are intelligently fit for a job. Almost 75% of the world’s top employers use psychometric tests as part of their recruitment process for high ranking jobs. Knowing that you are likely going to face one of these during a job interview – Then you can better prepare for one as well.

As the name indicates, this test gives an idea of your ability to come to a logical conclusion when presented with a problem. These problems are often illogical or contradictory and you are not expected to solve them based upon your knowledge but to rely solely on what is actually in front of you. For this type, tests with syllogisms are often used.

Measures your ability to discover patterns in abstract data and to extrapolate these logical patterns in order to make the right choice. Abstract reasoning is considered the best gauge of one’s ability to solve problems in new situations, independent of experience or acquired knowledge. This type of intelligence is also known as fluid intelligence, and includes deductive reasoning and inductive reasoning.

This type of test gives an indication of your ability to analyse and understand written information, as it is important for employers to know how well you can communicate. Analogy tests are often used for this.

The evaluation of your elementary arithmetic skills are an integral part of nearly every assessment or psychometric test. This provides employers with an indication of your ability to work with numbers. As a rule, this is done through series of numbers and simple mental arithmetic tests. There are also tests that include tables and graphs that must be interpreted, and tests that assess your ability analyse trends, costs and your general accuracy with regard to numbers and figures.

Aptitude tests are rarely stand-alone and are usually part of so-called psychometric tests. 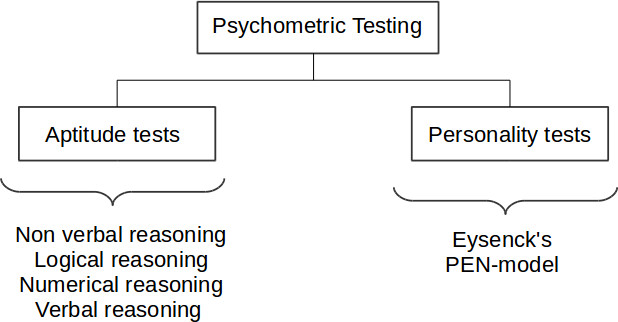 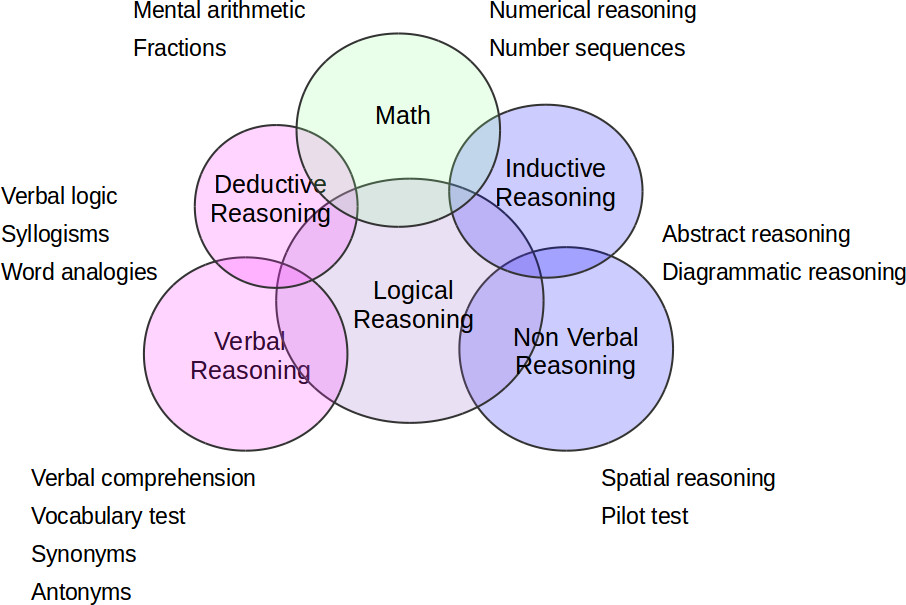 How to Pass a Aptitude test

Firstly, ensure you are familiar with what is expected from the assessment. Read other content on this site and then move on to reading more complex information such as scientific or journal papers. This will get your mind thinking in the correct way. The next steps will be to get as much practice in as possible so that you can familiarize yourself with what the day will be like. This way you will be relaxed when taking the assessment and more focused on doing a good job.

Whilst it is argued that practicing may not actually improve one’s aptitude or ability, it is however an accepted fact that a lack of familiarity with tests will hinder your performance in an assessment. Practicing helps to remove errors due to other interfering factors, and test takers who have practiced have a better chance of demonstrating their fullest potential, than those who have not.

Having an aptitude for something means you have a talent or flair for it, i.e. you have the ability to perform a particular kind of task at a certain level. This may be a mental (e.g. arithmetic) or a physical task (e.g. trowing darts). In general, aptitudes are in no way related, and are therefore fully independent from one another. This means that being highly skilled in one task does not automatically lead to being highly skilled in another kind of task.

So an aptitude is a natural talent for the performance of a particular mental or physical task, which, to a certain extent, cannot be gained through knowledge, understanding or training. The concept of aptitude is closely linked to the concept of intelligence quotient (IQ), although they are in fact two completely different things. The intelligence quotient sees intelligence as a measurable characteristic that consists of the combined results of the various independent aptitudes.

Aptitude tests were developed to assess the capability or aptitude of a particular person in a structured, systematic and objective way. They consist of standardized methods, and the scores are compared with those of a control or reference group.